Grand Prairie, TX was incorporated as a city in 1909, although it had existed for some time beforehand as both “Dechman” and “Deckman” until the colloquial term for the vast “grand prairie of Texas” between Dallas and Fort Worth came to be the town’s namesake. During World War I and World War II, Grand Prairie, TX began to develop into a center for the defense and aviation industries. This long history with the defense and aviation sectors remains today.

Vought Aircraft built a plant in Grand Prairie, although it exists within the city limits of D 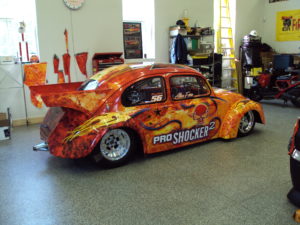 allas today. Consolidated B-24 Liberator planes were produced during World War II by the North American Aviation Plant B, alongside other variants such as the K Mustang and P-51C planes. From 1950-1989, the LTV Missile and Space Division of Vought Aircraft produced Scout and MLRS missiles in Grand Prairie, TX, and the city was once the headquarters in North America for the parent company that would ultimately become Airbus Helicopters, Inc., the American subsidiary of Airbus Helicopters.

If you’re interested in vinyl wraps in Grand Prairie, TX, give Metroplex Wraps a call and see how we can best help you! 817-997-4431

A vinyl wrap will add vibrant, unique graphics to your vehicle and add thousands of advertising impressions each day, even during your commute to and from the job site! Vinyl wraps won’t fade, and they offer a layer of protection against damage, weatherization, and vandalism. A properly installed, regularly maintained vehicle wrap can last for years, and will add value to your car beyond the increased business. Unlike traditional billboards, the cost of a vehicle wrap advertisement isn’t prohibitive, especially with financing and discounts!

If you are interested in vinyl wraps in Grand Prairie, TX, call Metroplex Wraps and see how we can best help you! 817-997-4431